.It’s Christmas already! Can you believe it? There are many opportunities for stories and subjects based on the holidays. That’s the topic of this week’s question:

How did you (or could you) incorporate the holiday season into your fiction or nonfiction? I haven’t really dealt with the holidays in any fiction or nonfiction that I’ve written, but I have created 20 coloring books, and several of them were intended for the holidays. I hired a sketch artist to write “scary Christmas” coloring book, which contains frightening Christmas images. I’ve also created a Halloween coloring book by the same sketch artist. 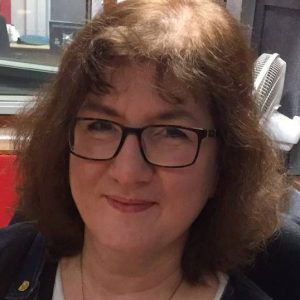 I’ve always loved writing about Christmas, and have not one but four books for the festive season!

Two of them are stand-alone short stories – “The Owl & the Turkey: or the Real Reason We Eat Turkey at Christmas” and “Lighting Up Time – A Short Story for the Winter Solstice. These are available both as ebooks and as tiny format paperbacks.

The third is a fun collection of twelve humorous short festive stories, designed to be the antidote to pre-festive stress! It’s called “Stocking Fillers”.

The fourth is one of the novels in my Sophie Sayers Village Mystery series, and it starts on 6th November and ends at Christmas. The mystery is based around a stranger who turns up at the village nativity play – which goes horribly wrong. Called “Murder in the Manger”, it depicts a typical English village Christmas, and has lots of echoes of my favourite festive book of all time, Dickens’ A Christmas Carol.

I love writing to match different seasons, and the Sophie Sayers Village Mystery series runs the course of a village year to incorporate all the seasons and major holidays. The sequel to “Murder in the Manger”, called “Murder by the Book”, picks up just after New Year, and builds up to Valentine’s, and the fifth in the series, “Springtime for Murder”, takes us through to Easter.

This is partly because I’m very conscious of the seasons, as I live in a small rural village surrounded by farmland, and also partly for marketing reasons: it means I always have a topical book to shout about, whatever the season we’re in!

This one is easy! I have several books where I incorporated Christmas into the stories. The first published piece is a collection of two short stories, Western Holiday Duets, which is free. It has Christmas Eve Promise and New Year’s Kiss. The first short story is about a Christmas Eve wedding and the groom may not show due to weather. The second, New Year’s Kiss, has an anxious young woman having to play a game (from the 1800’s) to find out what her beau wanted to tell her on New Year’s Eve.

I also have a short story, Secret of the Christmas Box, which puts my character Isabella Mumphrey, from the Isabella Mumphrey Adventure series, to work to discover how to open a puzzle box that a client has asked her to open. She becomes so engrossed in the project, she just about forgets the holiday.

Then there is A Husband for Christmas. A novella to bring closure to my Halsey Brother’s historical western romance series. Shayla Halsey thought leaving the small community where she grew up and going out into the world would help her find the right husband, only coming home for Christmas, she sees she really didn’t have to leave at all.

Last, my Shandra Higheagle murder mystery, Yuletide Slaying, has Shandra and her boyfriend, Detective Ryan Greer, trying to find the person responsible for dumping a dead body in the sleigh her dog was pulling for a parade. Through it all Ryan realizes how much he’s missed his family while staying away to keep them safe.

I have several others that I have ended the books at Christmas time, but they weren’t really about the season. One is Bridled Heart, a contemporary western romance about a woman who suffered abuse as a child and how one stubborn cowboy shows her she is worth loving.

Wishing everyone a wonderful Holiday Season and a Merry Christmas! 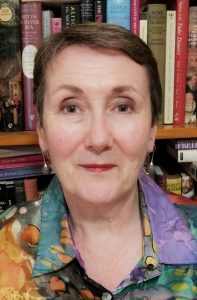 My stories follow their characters over periods of two or three years and I plot them carefully against the calendar so that they play out not only against the historical events of those years but also annual celebrations like New Year, Easter, May Day or even Accession Day. Christmas 1586 comes very near the end of my novel Forsaking All Other and it is an opportunity to provide a bit of colour and refer to the way Christmas was celebrated in the late 16th century with boughs of beech and ivy, the Yule log and the wassail cup. Because too much detail would give away the resolution of the story, I won’t be too specific but I use an early version of the carol God Rest ye Merry, Gentlemen which begins

Sit you merry, Gentlemen
Let nothing you dismay

I set the lines of the carol against a character’s worries, almost answering his fears.

I hope it provides a sense of the familiar comfort of Christmas as we know it alongside the sense that it was different too. 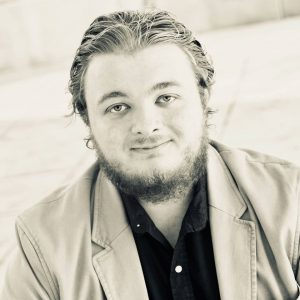 With what I’m presently working on, there’s no way to do so. However, there’s been a novella I’ve begun playing with that can readily factor in both a Christmas and Halloween atmosphere involving quasi-end-of-days philosophical tones. I’m in the very early stages of planning- haven’t even come up with a name yet- but I figure the blend of Christmas spirit with Halloween spookiness will be an intriguing hybrid for my readers. Stay tuned for more. 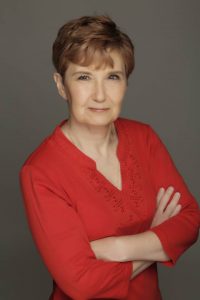 At least one of my books takes place in snow so deep you could bury a body in it. Living in Scotland, I am used to snow. While I was writing Killer’s Craft I was stuck indoors for 10 weeks due to a combination of snow and a chest infection. It was a natural progression to include the weather outside my window in the book. It adds a certain something to a crime book to have the police hampered by the same weather that is crippling everyone else. Yet, they still have to turn up at work and do their jobs. If the killer doesn’t care about the weather then, neither can the police. Dundee is also quite a small city, so adding snow makes the feeling of claustrophobia greater and heightens the tension. With virtually no traffic on the road, the killer is free to do what he or she wants. Snow is also regarded as picturesque and beautiful, making it even mire shocking when it is marred by a dead body.

In my current novel, “Haunting of Maple Creek,” I incorporate the holiday season in a memory in the first chapter. The scene takes place in early February at the at the funeral service of the protagonist’s mother. The last time she saw her mother alive was at Christmas; and the character knows she will always associate the memory with the holidays.

So far, my novels have been set in seasons other than Christmastime. But a new one that I’m formulating with a friend could potentially extend to the season to be jolly. The story involves married next-door neighbors who become involved sexually. I could see the two of them exchanging secret presents that only they would know about, maybe something intimate to wear.

I have not yet incorporated the holiday season into any of my novels. In fact, until now I’d never given it any thought. My work just evolves and takes me where it’s going, although I do try to stick to the guidelines of my brand.

While I incorporate festive events and celebrations into my work, it occurs to me that I will probably not incorporate the holiday season. This is for a reason similar to why I only include mild expletives, even though I can swear like a Jersey truck driver.

I realize that by using very harsh language I will potentially lose an audience that would be offended by such language. Pious people read too. If I can get the job done without serious profanity, why not? In much the same way, I would not want to lose a Jewish reader over a lack of interest in reading about Christmas or a Christian reader over their lack of interest in a Hannuka focus, and you can’t really incorporate the season if you just keep saying Happy Holidays!

That’s not to say that people completely avoid anything slightly foreign to them. If they did no one would ever learn anything new. However, people often gravitate toward reading what pertains to them, and something as simple as focusing on a holiday that does not resonate could cause them to bypass my book. There are already enough reasons for that – I don’t need to add to that list.

Love the idea of your Scary Christmas Coloring Book, Richard – I would never have dreamed that one up in a million years! Wishing all the authors here and all our readers a very merry festive season with lots of books in your Christmas stocking.