Since this is New Year’s week and a time of seeing goals, you can guess the subject of this week’s question.

What are your writing goals for the New Year and what steps will you take to ensure you meet them? 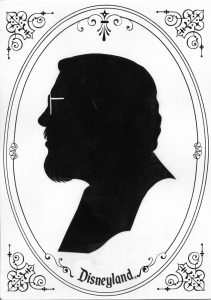 I have some very aggressive goals for 2019, much more aggressive than I’ve ever done before.

As you can see, those goals are quite aggressive but I’m sure that I can meet them.

My writing goals for the new year is to put out 1 product a month. By product I mean a book, box set, novella, or audio book. They won’t all be new writing, but they will be writing that is packaged differently. I have some novellas that were in box sets, I’ll put out individually. Box sets I’ll make out of books that are in series and I box up every three books together, and my narrator will be working on the books in my mystery series.

To obtain this goal, I’ll write 3,ooo words, five days a week and work on promotion/publishing 2-3 hours a day. Am in the final co-writing stages of a short story book, in the middle of Book Two of a three book novella series, and have one horror and one comedy/horror book started and will be completed as soon as the novella series is done. My dedicated hours of writing are from 12 mid-6am, daily. That allows for sleep, various chores, and the viewing of college basketball contests to be completed beforehand so there are no interruptions. Have my first book of the series being edited, so when it’s done with that phase, the second book will have to be ready for the same. Plan on doing the same with the third and final one. This adds pressure to complete on time. The two novels … well, they’ve been put on hold too long. I can’t wait to use similar tactics with them once I get the other efforts finished. If I dry up for an evening on what I’m working on, I write a short story for later compilation with others of a like theme, to keep the habit going. Have tried planning calendars and such but don’t like them. Prefer creating instead of manufacturing my work. Some things simply take a little more time to get them right and planning schedules make one want to just get it done instead of bringing out the quality.

My big goal for the year is to finally release my book. It is very close but has been taking much longer than I anticipated and wished. I have plans for some other books and would like to get them written and released this year. I think the skills and knowledge I’ve acquired with this first book will go a long way to making it quicker to finish and release the other. 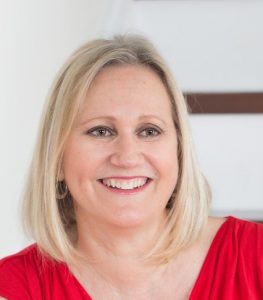 My top goal is to finish writing my third novel. It’s set mainly in Alexandria and goes back to the 1950s and 1960s. I’m enjoying writing it as it evokes my childhood years in Egypt. But progress is slow as it’s a change of genre for me.

I also intend to write a follow-up to my novel Hampstead Fever, which features the intertwined stories of Londoners looking for love, not always in the right places. Think of the film Love Actually, but set in north London in summer.

My new writing desk should help me achieve my goals. I’m also going to learn to unwind more when I’m not writing, so I can come back to it feeling more refreshed and creative.

My major writing goal for this year is to publish another novel, The Bridled Tongue, by the end of 2019. It is booked in with an editor in mid-April so I have a definite deadline that I can’t extend. At this moment I despair of it being in decent enough shape in time despite it having already been through several drafts. I keep finding holes and historical anomalies that I have to iron out. And I have realized that some of the scenes I have agonized over will have to be cut. (Though being able to recognize that a scene doesn’t progress, or add anything to, the narrative does make me feel like a grown-up writer.) I will be taking March off on Long Service Leave to concentrate on it all. I am actually looking forward to the tedious process of formatting, later in the year, because I know that by then all the hard work will have been done. 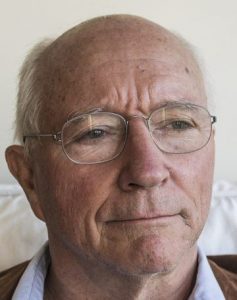 In recent years I have been burdened by the need to battle frustration and complete larger, important books, leading to long delays.

In December I used Draft2Digital to knock up a little booklet based on YouTube’s automatic transcripts of my talks – producing a little 50 page booklet in a couple of days. It was such fun, and so satisfying!

So my writing (and publishing) goal for 2019 is to generate an ongoing trickle of such booklets to keep my publishing alive and my readers interested, while finding time to work on the next major project.

For 2019 I want to get my novel ‘Sweet Dreams’, a Bristol based psychological thriller, complete and published. I’m well on the way to finishing my 2nd edit, many more to go but I’m confident it will be available for purchase sometime this year. I also have my last OU degree module to complete by mid May and then more of my time will be freed up for writing. I have the next novel waiting in the wings, 1st two chapters written, so I’m looking forward to getting stuck in to that . No real plan except keeping my bum on the seat! I would like to write my fourth book in the Donna Leigh Mystery series. Instead I will focus on writing every guest blog post, guest column, author interview and any other means of getting exposure for the first three books in the series. If offers aren’t forthcoming, I will reach out in writing and offer my services.

Luckily, I enjoy interviews and blogging as well as the writing of the actual novels, but let’s face it, the novels are more fun. Right now I am honoring my pragmatic side and trying to build some steady sales for the series before putting my concentration into creation.

In order to ensure that I doggedly pursue this goal, I keep reminding myself that it doesn’t really matter when that fourth book is released if the readers will be few and far between. In the meantime, I’m capturing notes on the details of book four as they occur to me. Starting that writing process will be my reward if I see enough progress in sales. if I’m being honest – there will never be enough sales, but a noticeable uptick would be enough to get me writing again!

My writing goals for 2019 include finishing a novel that I’ve been working on for several months and getting it published, also to complete the first book of a trilogy that is a collaborative effort. Under the heading of writing goals is: Promotion. It is not enough to have two crime novels published that are getting great reviews. If the world doesn’t know of them, you’re selling to a small market. This year’s goals include lining up interviews wherever I can. To insure I accomplish the goals I’ve set is to JUST DO IT.

I made four writing goals for the New Year. First and foremost is to finish the novel I started last year. Secondly, I am planning on co-plotting and co-writing the first novel of a trilogy. Thirdly, I want to develop a third novel while the ideas are flowing; and lastly, I would like to write at least six poems. This month, I’ll be working out an action plan and subdivide my goals into smaller, achievable ones. This is important because I have ambitious goals and multi-projects. I thrive on multiple deadlines but it’s difficult to do without a good plan. I wish you all luck with your New Year goals and please wish me luck as well.

The most important one is not to stop writing! The one I am the most excited about, though, is publishing my debut this year. I have a particular date in mind, but I also want to ensure the book is good. Which is probably the most difficult part of the process…

I was sure that my novel was great in September 2017. One editor, fifteen months, and seventeen drafts later, I am almost certainly sure that it is most probably really quite okay now. Each of those seventeen drafts was necessary. When I say I’ve learned a lot, it’s a major understatement. I intend never to stop learning. This is the good side of the impostor syndrome: realising there is always more for me to learn.

Back to publishing “Storytellers”… The technical parts of the publishing process are taken care of. I know how to format a book both for printing and as an e-book. The cover is ready and waiting. I know which publications might be interested in reviewing the novel. I’ve got a marketing plan ready and waiting. But first, I need to decide that I have finished writing it! Therefore, since I am a writer and we can’t stop tinkering, one of the steps I will take will be no longer changing anything anymore once my editor expresses her full approval. Even though since I sent her the manuscript last week I came up with three absolutely essential changes…

Everyone will be busy this year! Way to set your writing goals in front of you and others. I find by doing that I tend to work harder at accomplishing them.

Love it as usual. And good luck Sherry Linker!